National Suicide Prevention Month: what you can do 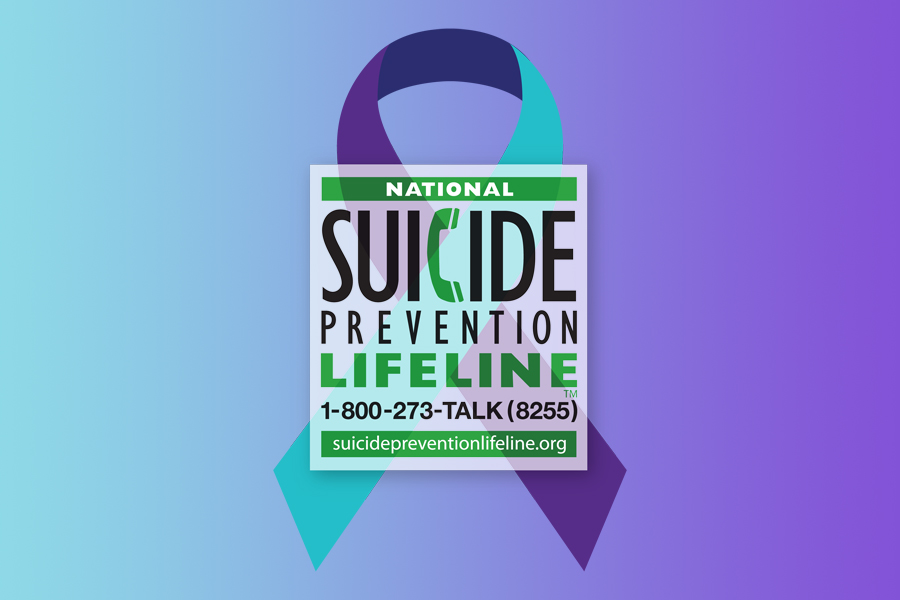 Suicide is a topic that makes a lot of people uncomfortable. Despite the vast majority of the public believing that suicide can be at the very least prevented, there’s still a stigma surrounding the topic that makes it difficult for people who’re experiencing suicidal thoughts to come forward. Ever since 1975, September has been recognized as National Suicide Prevention Month in the U.S., and the month has never been more important than now. Coming out of a global pandemic that has taken a major toll on the general public’s mental health, 81% of over 2,000 adults surveyed by The Harris Poll agreed that suicide prevention is something that should be a national priority. But for some people, like Neuqua junior Aaron Smith, it’s already too late.

“I have a couple of dead friends, actually. I’m a victim of those thoughts. Thankfully, I’m still here today, but I’ve been there.”

Suicide is the 10th leading cause of death in the U.S., but for 15-19 year olds, it was the 4th in 2019. It seems like the rates of mental illness and suicidal thoughts among younger generations is only getting higher as time goes on—according to a survey conducted by the CDC during June 24-30 in 2020, of the 731 respondents aged 18-24:

These statistics are very alarming, but there is always something that can be done. Of course, personally reaching out to friends and loved ones is the first and most simple step that you can take. Knowing the many possible risk factors and warning signs is important—for example, hopelessness, a history of trauma and abuse, extreme mood swings, increased use of alcohol and drugs, self-isolation and reckless/anxious behavior—but there are a few key things to keep in mind. If they’re talking to you about their feelings, never promise to keep them a secret, regardless of how severe their risk is. Suicide is a serious topic, and you’re not being a bad friend if you reach out to someone who could help if you believe that a life is at stake.

“[If they’re at] imminent risk? Police,” said Aaron. “Police, police, police. Trusted adults, those who can get to that person as quickly as they can, schools, counselors, teachers, heck, random adults on the street. If you can get a phone, get anything, you can potentially save a life.”

But instead of waiting for warning signs to be exhibited, we should try to identify what could lead to that path, and the question must be raised if schools should take responsibility for the mental health of their students—and possibly some blame for it as well. School takes up a sizable chunk of most teenagers’ lives, and the constant workload isn’t easily manageable for every student. Social workers and guidance counselors are integral gears in the school machine, and whether or not schools are promoting those outlets to their students enough is up for debate. Students can voluntarily go and sit down with guidance counselors, but there are always students that could benefit greatly from having a meeting who don’t have them, whether it be because of lack of motivation or the belief that it’s pointless.

“School is indeed a place of learning, and education is important in one’s life,” Aaron says. “But being a victim of depression and anxiety from school, I say when a student is desperately saying, like, ‘I need help, I can’t do this, I’m stressed,’ then some action needs to be taken against the school. Not legally, but help that student. Talk to their teachers, help them, lighten the workload, because not everybody lives the same life… Once a month, even, just a talk with counselors. ‘It’s ok not to be ok, we’re all here for you,’ stuff like that. Just let the students know that school is a safe place and more than just a place of homework.”

Schools aren’t the sole factor, though. Possibly the biggest factor, and the most unique one in that it’s more exclusive to younger generations, would be social media. Social media holds an unparalleled grasp on Gen Z: it’s what we use to talk to our friends and express ourselves, and it’s our primary source for news and entertainment. It’s ingrained into our lives and shapes our discussions and beliefs, and there’s a dangerous factor to that. Over the past year, information about the pandemic and politics dominated our feeds, fueling the anxiety surrounding the state of our nation and the world as a whole, but social media does bring a positive impact in terms of awareness. It’s never been easier to start a conversation about social matters, but this is also innately flawed; it might be easy to talk about something, but it often never extends beyond people putting infographics on their Instagram stories.

“In my personal viewing of social media,” says Aaron, “advocating for mental health issues and suicide awareness, I would definitely like them to be more active about it because there’s lots of problems in the world, yes, but teenagers taking their lives and other aspects of mental health are not as advocated for as they would normally be, especially due to the pandemic and not being in school.”

It’s also important to acknowledge the disproportionate suicide rates among different groups. The aforementioned survey from the CDC showed that 12.6% of the male respondents had seriously considered suicide in the past 30 days, a 3.7% increase over the female respondents. According to the American Foundation for Suicide Prevention, men died by suicide 3.63 times as often as women in 2019. The Trevor Project, a nonprofit organization focused on suicide prevention efforts among LGBTQ+ youth, found that 42% of LGBTQ+ youth seriously considered attempting suicide in this past year, including more than half of transgender and nonbinary youth. These statistics are a cold reminder that even though steps are being taken to try and move forward and be more accepting, there’s still a part of our world that holds dangerous beliefs that can lead to even worse consequences.

“I think that just stems from homophobia and transphobia,” says Aaron. “It’s just too big on that community. It’s not okay. Hate for someone choosing to be who they wanna be is far from acceptable. And with that burden on their chest, they’re like ‘I don’t belong here, I’d rather be dead and not harassed than alive and having to hide.’”

Suicidal thoughts are different for each person who experiences them, and it might seem like an insurmountable task to help many people. However, the National Suicide Prevention Lifeline has promoted #BeThe1To, an initiative aiming to help spread the word about the five simple actions that we can all take to help prevent suicide. The five steps are as follows:
Ask: Simply asking someone “Are you thinking about suicide? How can I help?” has shown to help decrease suicidal ideation. Make sure to communicate that you’re open to an unbiased, nonjudgmental discussion about the topic. Listening is also an important part of this step, because you need to take what they’re saying seriously. When facilitating a discussion, make sure to help them realize their own reasons for living and don’t impose your reasons for why they should be alive.
Be there: Show your support for someone, whether you’re physically present, on the phone, etc. and commit to it. If you’re unable to be there for somebody, help them find someone else who can be. Again, listening is very important; make sure to find out what methods they believe will be the most effective ways for themself. Being there for someone helps them know that they aren’t alone.
Keep them safe: After asking and determining whether someone is thinking about suicide, do as much as you can to make sure they’re safe. Have they already attempted suicide? Do they know how they would kill themselves? Do they have a specific, detailed plan? What kind of access do they have to enact their plan? Knowing all of these things will tell you how much danger the person is in. Put as much time and distance as you can between the person and their chosen method, especially lethal methods like firearms and medication.
Help them connect/stay connected: Referring someone with suicidal thoughts to help centers like the National Suicide Prevention Lifeline or a place in their community can help greatly. Ask if they’re seeing a mental health professional or have seen one in the past, if they can afford that option and if there are any other mental health resources available in their community. Helping someone make a safety plan will help them recognize when they’re experiencing strong thoughts of suicide and a list of people they can reach out to during a crisis can also help.
Follow up: After you’ve contacted a person who’s experiencing suicidal thoughts and helped them find support systems, keep in touch with them. Sending a text or calling them are two easy ways to achieve this. The more you reach out to someone, the more connected they’ll feel.

There are many ways to help those who have suicidal thoughts, and during National Suicide Prevention Month, it’s important to reach out to those you know and love. But also remember that, like LGBTQ+ pride, black history and Asian American and Pacific Islander heritage, it isn’t a topic that should only be talked about during this one month. The World Health Organization estimates that over 700,000 lives are attributed to suicide each year, and in order to help lower that number, we need to be continually aware of the mental health of our friends, loved ones and peers.

If you’re worried about a friend or loved one or would like emotional support, the National Suicide Prevention Lifeline network is available 24/7 across the United States in both English and Spanish. Call or text 1-800-273-8255 for help, and donate to help raise awareness of suicide prevention and save lives.
If you’d like to help save young LGBTQ+ lives, donate to The Trevor Project.