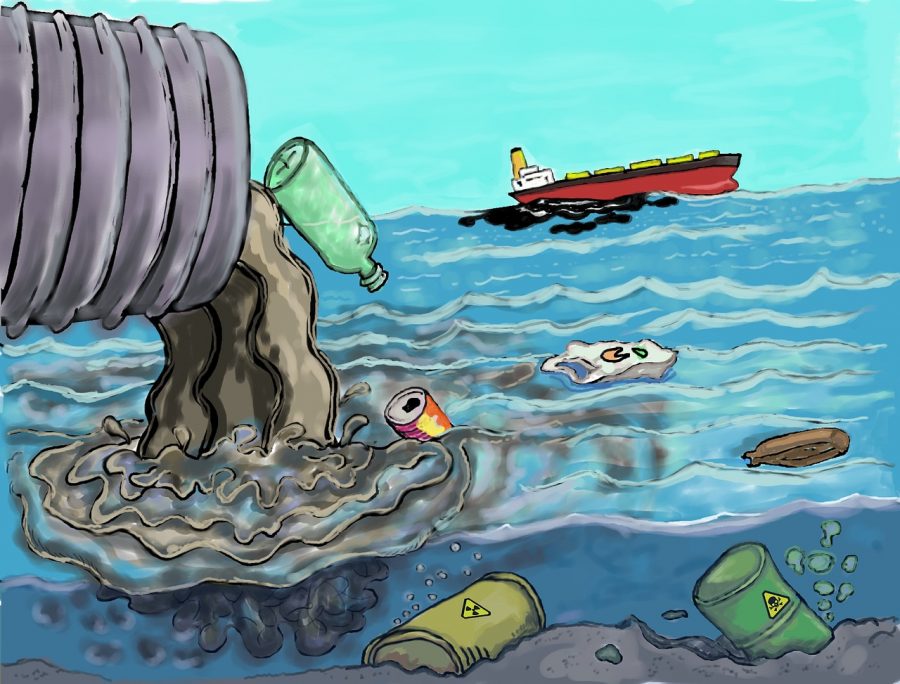 It's time to stop making the environment a bi-partisan issue and make it a humanity issue.

Hurricanes are hitting coastal areas, bringing torrential rainfall and devastation throughout the U.S. On the other side of the country, an ever-growing inferno is reducing forests that have stood for years into piles of ash. While this may seem like a description of a scene in a far-off dystopian future- that is far from the case- this scenario is playing out right now in the United States. The U.S has always been a site for frequent natural disasters, but now more than ever, there has been a rise in the prevalence of dangerous natural phenomenons, which can all be tied back to one issue, climate change.

In August, a statement from the National Oceanic and Atmospheric Administration predicted, “Atmospheric and oceanic conditions are primed to fuel storm development in the Atlantic, leading to what could be an ‘extremely active’ season”. October is one of the latter months in “hurricane season,” which is what meteorologists call the extremely active summer period when the weather is optimal for the formation of hurricanes. The average hurricane season has approximately 10 named storms per season, with an average of 6 becoming hurricanes and 2 becoming major hurricanes. This year, there have been 24 storms, 12 hurricanes and 5 major hurricanes as of the month of October, enough storms to justify calling it an “extremely active” season. This is worrisome as more hurricanes put more Americans at risk. Already in the 2020 hurricane season, there have been 138 casualties, with over $24 billion USD worth of damage- and the already active season shows no signs of slowing down.

Wildfires have always been a problem in the state of California, due to arid weather and dry atmospheric conditions in its forests. This year, however, California wildfires have reached a new level of destruction. According to the California State Fire Watch, various fires (the Doe fire being the largest) have burned over 1,000,000 combined acres of land, which is larger than the entire state of Rhode Island. With an average containment rate around 50%, the inferno shows no signs of stopping as they devastate California forests. The fires have strange effects on the California weather as well; because of the amount of excess smoke in the atmosphere, only red and yellow light particles are able to be seen by residents, turning California’s sky an orange hue and darkening it during morning hours. These fires remain a problem, especially because of their tendency to burn structures and residences: over 82,000 structures have been destroyed, with total fatalities numbering 31.

While these two natural disasters may seem different, they share two similarities- a penchant to cause human suffering and a common cause: climate change. While the latter may be up for debate within the upper ranks of American politics, the former is undeniable- an increasingly active hurricane season and expanding wildfires cause human suffering.

Those who lose their families to the fires or hurricanes are at an even greater loss- one American casualty is one too many, and the feelings of pain and grief affect those Americans deeply. With this in mind, it is important to find ways not only to deal with the problem at hand, but to figure out ways to prevent it in the future- specifically by decreasing carbon emissions and thus the effects of climate change. Hurricanes form from higher heat energy in the atmosphere, something that climate change is continuing to cause. Wildfires are worsened by hotter air temperatures, which dry out trees and make them more liable to catch on fire. While there are other factors in play that could affect the magnitude of these natural disasters, such as poor forest management and a lack of Hurricane-proof buildings, one thing is for certain: climate change certainly plays a role, and because of it, Americans are suffering.

What can Americans do about these problems? The answer is simple: we can bring a change to these issues by pushing for the proper legislation that will facilitate that change. Since the beginning of politics, there has been disagreement in seemingly the simplest of issues. This may seem normal since each party has their preference and choice to choose their own opinion, but for something that is important as climate change, that division is not something that the American system can afford anymore. No matter the party, one idea trumps all- the preservation of Americans’ lives and well-beings. Historically, the GOP has a history of denying the existence of climate change and its effect on the current climate crisis, despite numerous articles of published scientific evidence. This is due to ties to large oil and gas companies, who profit off of the same industries that release carbon emissions to the environment. Every platform has its supporters, but to knowingly take money from industries that are not only destroying the environment but exacerbating life-threatening emergencies is downright selfish and ignorant. Each child growing up in America deserves to walk through the pastures of life with a blue sky above their heads. At the moment though, we are at risk of passing on a sky of hazy orange or stormy grey to future generations. Politicians need to put aside their partisan beliefs, and put an end to the ignorant divisiveness that has characterized attitudes around conserving the environment- if not for themselves, then for the children that will one day make up the future of this country.