The image of masculinity has always had a bad connotation but modern times is changing that. 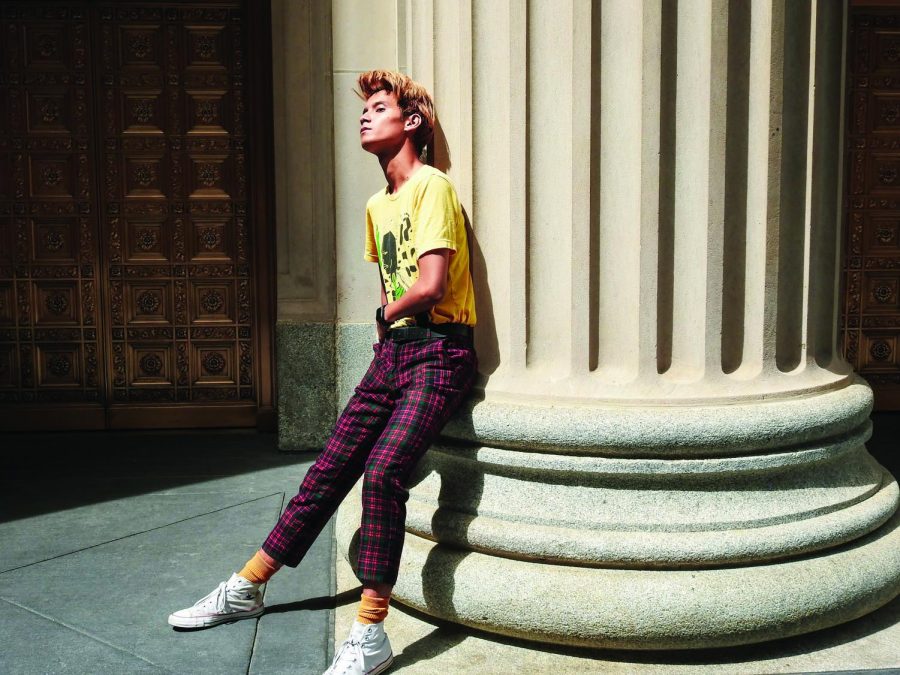 Representation of men has always been of the muscular white male, but times are changing with diverse representation.

How masculinity is seen today
History has told men to be strong not only physically, but emotionally as well. In today’s society, we have progressed further away from the expectation. We spoke to Neuqua Valley teachers and student’s about what their definition of masculinity is. We asked them to provide us with a blunt definition of masculinity and being a man, no matter how stereotypical. David Ricca talks about how society used to see masculinity and that it “deals with power, money, control, physical strength, objectifying romantic interests and hiding emotions that could make you appear weak (like crying).” The “traditional” definition of men involves having money or physical strength to help them maintain control over themselves. Objectifying romantic interests or hiding emotions maintains stability and power over others. These traits are seen as mostly negative because they portray men as greedy. These negative traits are major factors leading to toxic masculinity.
On the opposite side, there are positive traits associated with being a man. As Michael Rossi says, “A man should be responsible for himself (health and disposition), conduct and relationships with others”. Similar to Ricca’s definition, Rossi’s interpretation deals with many of the same fields, but in a new light. Instead of being possessive over a romantic interest, a man should be responsible for himself in the relationship.

Toxic Masculinity
The classic definition of masculinity has led to the perpetuation of a state called “toxic masculinity.” The idea of being a man drives men to be the ‘alphas’ and assert dominance
over anyone they are around. The perpetuation of toxicity has led to societal issues like sexism or rape culture. According to the American Psychological Association, “Aggression can result when a man experiences stress deriving from self-perceived failure to live up to masculine expectations.” Men strive for power, and when they can’t achieve it, they become aggressive. Society has set strict guidelines for men to follow to be ‘true’ men, but these expectations are too much for many men, leading to feeling inferior and violent.

Media creating man
American entertainment also contributes to the image and expectations of manhood. Most males in movies or on TV are represented by these alpha male archetypes. By seeing these representations on a daily basis in entertainment, our “society celebrates hyper-masculinity and that’s one of the reasons many people in our culture aspire to it and/or tolerate it,” Elizabeth Hobbs explains. Entertainment is used for men to look up to other men. Athletics, military, music and sources of power are portrayed as idols for young boys. Media focuses on celebrating the ‘manly man’ rather than the average male. In TV and movies, violence and aggressive undertones are seen in male characters. This creates a harmful hegemonic masculine culture or believing that if one is dominant then they are superior to the common man. But how can males avoid this when there are little to no figures that celebrate the vulnerability of men in media?

Media celebrating man
In some ways, we have celebrated the man and what he can be. In campaigns like Gillette and Old Spice, they play with the faults of masculine culture and shine a light on vulnerability. Because of the #MeToo movement, it started a conversation about how men act and the origins of masculinity. In modern media, we have progressed a lot to expose the ugly side of masculine culture. We still have a long way to go. Society should set an example and show figures for the variety of men, not the same aggressive archetype. If we want boys to grow up in a non-hypermasculine environment, then show him ways that he can be in represented media.

Thoughts From the Writers
Masculinity in some ways should be treated the same way feminity is treated. A man shouldn’t be expected to be anything more than what he wants to be. As Schitt’s Creek actor Dan Levy, said, “masculinity involves feminine qualities, and femininity involves masculine qualities.” Having either trait doesn’t make you less of a man. Men should be accepted for anything they do, no matter how traditionally masculine. If they want to play instruments, sing, paint, dress in wild colors, or express emotions, they should be able to. Masculinity is being sure of yourself, even when others put you down.
This is a call for men and redefining what they can be.