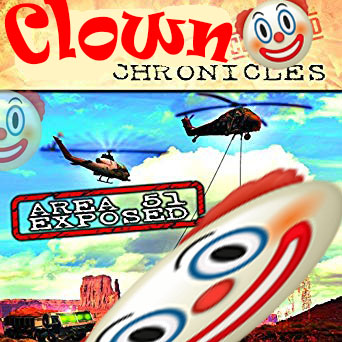 “Storm Area 51, They Can’t Stop Us All,” was written by some clown on Facebook in July. This one dumb event sparked a national fire, culminating in the raid on Sept. 20. But what actually happened on that day? Welcome to the Clown Corner, where we discuss who failed, who prevailed, and who looked like a clown doing it.

Area 51 is a secluded military base in Nevada that has evaded the public eye for many years. There has been a certain sense of mystery around it. Speculators believed that there might be aliens or otherworldly technology at the base. The US government has denied such claims, but that doesn’t stop the internet clowns. In July, a popular Facebook meme account posted an event called, “Storm Area 51, They Can’t Stop us All.” This event generated 2 million responses as ‘going’ and 1.5 million as ‘interested.’ Following the post, Instagram and Snapchat hopped on the cloutwagon and began to spread the memes. Ideas included the twerking alien Snapchat lens and the Naruto runner meme. As a result of this hype, the US military had to respond. According to Instagram users, the military had to have a meeting where a soldier explain what Naruto running is (running with one’s arms behind back).

The military is really clowns for thinking that two million people are going to get off their phones and raid a high-security facility. In addition, there are many signs all around the perimeter of Area 51 saying that the military is authorized to ‘shoot on sight.’ Somehow, the clowns on the internet thought raiding a military facility would turn out well.

The last clowns in this equation are those who actually showed up to the raid. Around Area 51, several music festivals were held celebrating the supernatural and the otherworldly. At the gates of the base, about 200 people actually showed up. Many touted signs, costumes, or tinfoil hats. Instead of shooting on sight, the guards were friendly and even joked around with the attendees. The only things that actually happened was some clown Naruto ran behind a news reporter. He has sparked many memes and internet popularity over his stunt.

But seriously, did the internet actually think showing up to a high security military facility was a good idea? Everyone there is extremely lucky they didn’t get shot on sight. The whole circus really resided in Nevada on that day. The military had to get up in arms about internet clowns and 200 millennials actually showed up to a HIGH-SECURITY MILITARY FACILITY where guards are instructed to shoot on sight. The raid and the US military failed, no one prevailed, and everyone looked like clowns in the end.